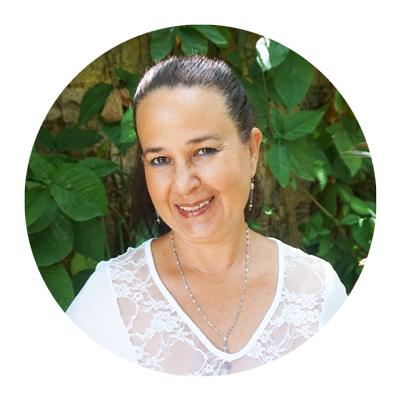 Isadora is from Montevideo, Uruguay, and is a naturalized Mexican citizen, having moved here in her adolescence. She loves the country that has given her shelter in difficult times, but she longs for her country of origin. Isadora studied anthropology and journalism and through these subjects she has learned to interact with her environment with an observant and critical eye. She also studied performing arts in Mexico City and Merida, and is a member of the The Basement Theatrical Collective (Colectivo Escénico El Sótano). She holds a master’s in Reiki Usui. Currently, Isadora studies Advaita Vedanta and constantly searches to understand her own existence. She is a partner in Tapanco Cultural Center and works at Habla as the finance coordinator. What she enjoys most about her job at Habla is greeting and attending to the public as well as chatting with the children and teens before and after classes. She always learns something from them. For Isadora, Habla is a space for learning and new experiences in constant movement.